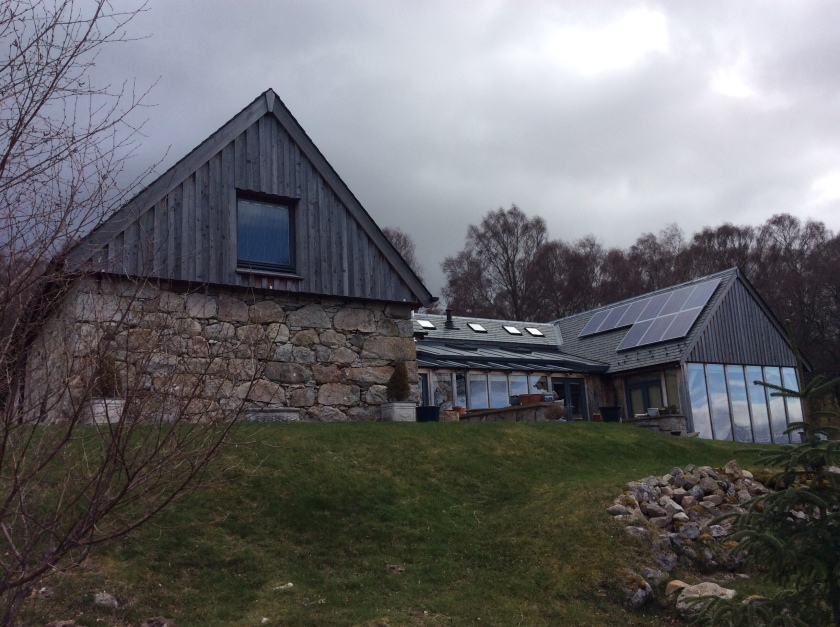 We really enjoyed our accommodations at Docharn with hosts, Katrina and Neil and would recommend them to anyone staying in the area. Last night We went to a little village for dinner and discovered an ancient bridge built to take coffins across the river to the grave yard during high waters.

This lorrie driver miscalculated the height of his truck.

A wee prop jet called Flybee took us from Inverness, Scotland to Belfast, Ireland in about one hour today. We arrived around noon, went to our hotel, then took a taxi to the Titanic museum.

Each point represents the bow of the Titanic.

See if you can find Jo, Tammy and Sue in the Titanic sign!

During the 19th century Belfast was the linen capital of the world. People flooded here to work in the mills. Besides textiles Belfast also had a ropeworks company, a tobacco industry, whisky distilleries, and a soft drink industry. The Titanic was built at the Harland and Wolfe shipyard in Belfast, sailed and sank in 1912. It was built by the White Star Corp. to be a world class Ocean liner but did not complete it’s first voyage to New York.

The museum was fascinating and a great tribute to the people who build the ship and those who sailed on it, survived or lost their lives.

After the museum we walked back to our hotel stopping along the way for a beer and then again for some dinner. Sue clocked in as walking five miles today so we did get a little exercise.